What is Hemophilia C?

February 10, 2021 | Paragon Hemophilia
Hemophilia is a rare, inherited bleeding disorder where the blood does not clot properly. In patients with Hemophilia C (also called Rosenthal Syndrome), the blood is deficient in Factor XI (11). Read the full article to learn more. 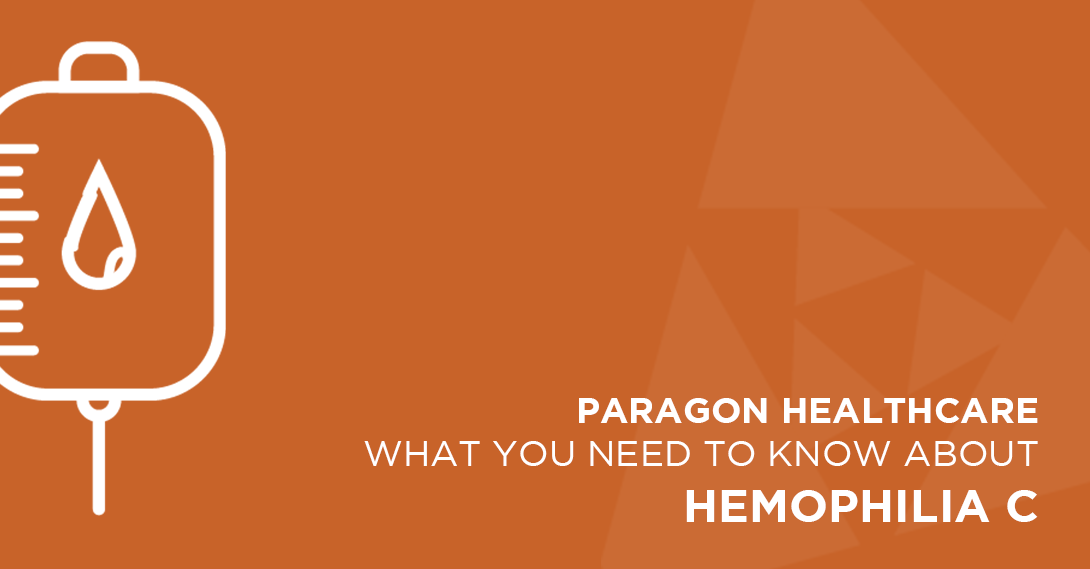 Hemophilia is a rare, inherited bleeding disorder where the blood does not clot properly. A person with a bleeding disorder tends to bleed for a more extended period before a blood clot can properly form. Blood clotting is an extraordinarily complex process. Many different blood-clotting proteins, called 'clotting factors,' play vital roles in the body’s blood clotting process.

What is hemophilia C?

If a factor is deficient, the specific clotting protein is low or not working correctly in the blood. In patients with Hemophilia C (also called Rosenthal Syndrome), the blood is deficient in Factor XI (11). This particular bleeding disorder is exceptionally rare and was only recognized for the first time in 1953. It is estimated that Hemophilia C occurs in 1 out of 100,000 people in the general population.

This particular bleeding disorder is passed on when both parents have the same mutated gene, which is incredibly rare. If a child inherits the gene from only one parent, they will be a carrier and may even experience mild symptoms themselves. Typically, this type of hemophilia does not cause spontaneous bleeding or long-term damage like Hemophilia A (Factor VIII deficiency) or Hemophilia B (Factor XI deficiency). Hemorrhaging may occur though following trauma or surgery.

How is hemophilia tested for/diagnosed?

Women with Hemophilia C have also reported heavy menstrual periods and postpartum bleeding. For women who are pregnant, Factor XI (11) does not vary much during pregnancy because female hormones can improve coagulation or blood clotting, which may reduce the risk of bleeding during their pregnancy.

What are the treatment options available to patients with Hemophilia C?

The best way to treat hemophilia is to replace the missing factor so that the blood can clot properly. This is typically done by injecting factor concentrates into a person’s vein. Treatment may also consist of a medication given through a vein or by mouth (as a pill or a liquid).

The two main types of clotting factor concentrate available are: