September 2021 | Paragon Hemophilia
Helping people treat and manage their bleeding disorders is one of our greatest passions at Paragon. Read our latest article to learn more about inherited bleeding disorders. 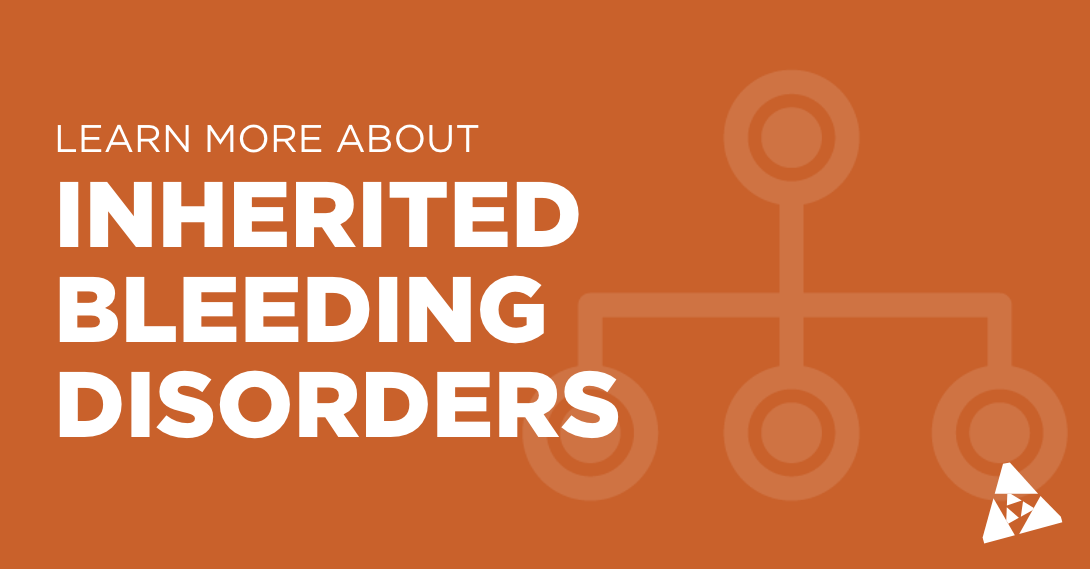 Helping people treat and manage their bleeding disorders is one of our greatest passions at Paragon. These disorders have been a part of the human species' genetic experience for millennia, but recent innovations in clinical research and mapping human genetics have advanced our understanding further than ever before. Even so, it's taken a long road of misconceptions and medical ignorance to get here.

The history of bleeding disorders

It's unclear exactly how long ago inherited bleeding disorders entered the human gene pool. The ancients were aware of the disease and tried to prevent it by prohibiting surgeries for young boys whose older brothers had died of bleeding. Tenth-century Arab surgeon Al-Zahrawi was the first known medical professional to describe the disease in writing. He noted connections between families whose sons died from bleeding after only mild injuries.

Hemophilia was also a partially known quantity in European royal families during the 19th and 20th centuries after Queen Victoria of Britain passed the genetic mutation for Hemophilia B to her son, Leopold, and to the royal families of Spain, Germany and Russia through her daughters. Despite royalty having no bearing on the disease's spread, it was often referred to as the "Royal Disease," only further contributing to widespread misunderstanding of its genetic origin and method of inheritance.

Recent studies of bleeding disorders have revealed that females, previously thought to be only carriers of hemophilia genes, can experience full symptoms in certain situations. Due to the long-standing belief that women couldn't be hemophiliacs, it's still unclear how many women worldwide are affected. Many medical resources, print and online, still mistakenly describe hemophilia as a disease affecting males only.

The way hemophilia is passed down through generations has been misunderstood for much of history. Like any variation in the human genome, it can get quite complicated.

Most inherited bleeding disorders are caused by genetic mutations that prevent the production of essential proteins called clotting factors. These proteins allow the blood to clot at the site of an injury. A proper blood clot is vital for kickstarting the healing process by supplying the injury site with the safety and nutrients needed to repair any damage.

The genes that determine clotting factor production are located on the X chromosome. A person's arrangement of chromosomes determines their biological sex, either XX (female), XY (male), or any number of combinations that would be considered intersex. Because the Y chromosome does not include any genes (genetic instructions) for creating clotting factors, a male who receives a bleeding disorder gene from his mother will have the disorder. However, this situation is still rare, occurring in roughly one in every 5,000 male births.

And this is where it gets tricky: a female could receive the mutated hemophilia genes from either her mother or her father, but as long as she gets a fully functioning clotting factor gene from her other parent, she will not have a full-blown bleeding disorder. However, she could still experience some mild bleeding symptoms. In even rarer cases, a genetically heterozygous female (a mutated gene from one parent, but not the other) could have bleeding symptoms as severe as a male with a diagnosed bleeding disorder. Still, again, statistics on the frequency of this are not fully known.

In any case, a heterozygous female is still a carrier of the gene for the full disorder and could pass it to her children. But that is dependent on having a functioning X chromosome from the other parent, which doesn't always happen.

A female can be diagnosed with full-blown hemophilia when her parents both pass on an X chromosome with a mutated bleeding disorder allele. She could also experience the full disorder if she is genetically heterozygous. In that case, the other X chromosome (which would allow her to produce clotting factor per usual) is either missing or otherwise damaged, which could occur for many genetic reasons.

Von Willebrand Disease (vWD) has a different genetic marker and can impact blood clotting differently. Unlike Hemophilias A and B, vWD is passed through chromosome 12, not a sex-dependent chromosome. While vWD is still a rare condition, this means that women whose parents have vWD are more likely to have the disease compared to women with Hemophilia A/B parents.

The mechanism of vWD is also sometimes much different than other bleeding disorders. For example, in some cases, a person may have all the proper blood proteins and clotting factors, but the disease prevents a specific factor (vWD factor, know as VWF) from doing its job correctly.

Does your head hurt yet? The genetics behind bleeding disorders can be highly complicated, as evidenced by the misunderstanding and misinformation surrounding these conditions throughout history, even in the last few decades. Don't discount your symptoms just because you are biologically female or because a hematologist told you only males exhibit bleeding disorders while females are carriers without symptoms. Find a second, or even third, opinion instead.

Here at Paragon, we specialize in treating the four major bleeding disorders, von Willebrand Disease and Hemophilia A, B and C, by replacing your missing blood clotting factor. This treatment is done with an intravenous (directly into a vein) infusion. Our hemophilia team boasts a dedicated, caring and sensitive sales and outreach staff and a group of pharmacists and technicians who will prepare and deliver your clotting factor therapy with excellence. Our Paragon family will also teach you the basics of managing your bleeding disorder while helping you overcome the challenges of maintaining your lifestyle. Each patient, to us, is much more than simply a customer. For Paragon, each patient is an individual relationship whose needs we can meet with excellence and care. To learn more about our hemophilia services and specialty pharmacy, visit us at https://paragonhealthcare.com/hemo/